The Commissioner met with representatives of the Regional Council of Ukrainians of Crimea
posted 03 February 2021 15:43

On February 3 the Commissioner for Protection of State Language Taras Kremin met with representatives of the Regional Council of Ukrainians of Crimea.

The parties discussed the problematic issues causing concern for Ukrainians of Crimea. In particular, an access to studying subjects in Ukrainian by children from the temporarily occupied territory of the Crimean Peninsula and the city of Sevastopol, receiving the high-quality information content in the state language by their residents.

The Commissioner received the suggestions elaborated by representatives of the Regional Council of Ukrainians of Crimea that would promote the protection of right of Ukrainian citizens living in the temporarily occupied territory for receiving information and services in the state language in areas of society defined by current legislation of Ukraine, and for removing obstacles and restrictions in using the state language. 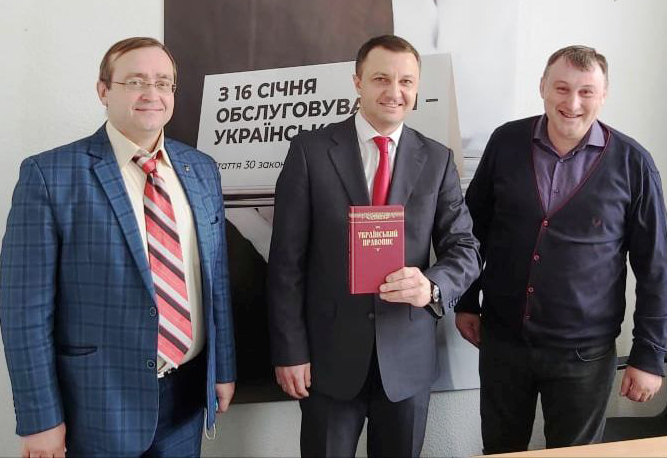