We hope all occupiers’ crimes, including those ones related to linguocide, will  be duly recorded, investigated and brought to justice. The perpetrators must be identified and punished.

In Melitopol the occupiers continue their campaign to transfer education to Russian standards. The first batch of Russian textbooks was brought to temporarily occupied Melitopol by the minister of education of the russian federation Sergey Kravtsov. As the minister of the aggressor country noted, there’s no aggression in history textbooks. Schoolchildren will be brought up in the traditions of friendship between people. 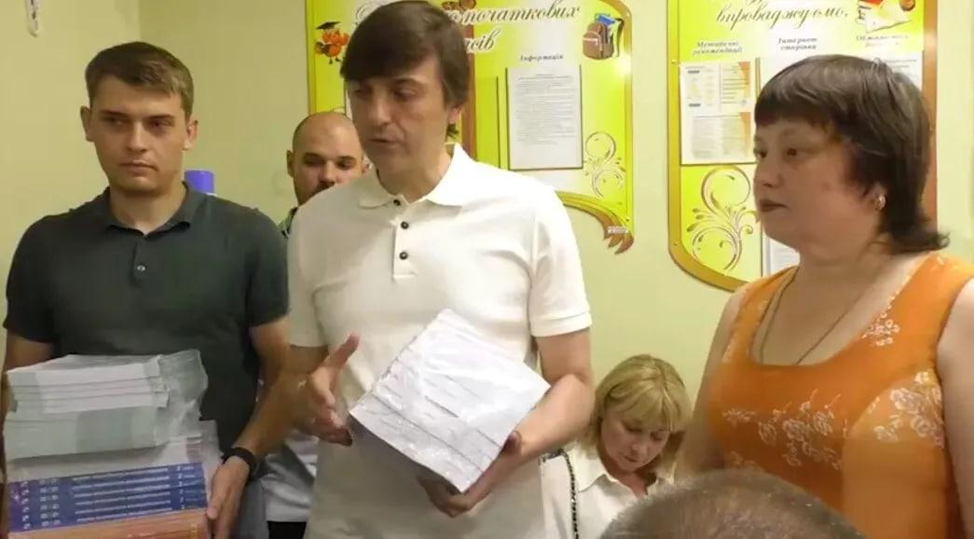 A russian minister arrived in Melitopol with propaganda textbooks (screenshot)

Kherson School No. 48, the first of Kherson's educational institutions, "successfully passed accreditation at the ministry of education of the russian federation". On July 14 the minister of education of the russian federation Sergey Kravtsov solemnly presented the director of the school Tatyana Stytsyuk with the state accreditation certificate. russian certificates were delivered to the first graduates.

"We constantly receive information about the planned assimilation policy of the occupiers and collaborators - the organizers of linguocide - and it’s all about the displacement of the Ukrainian language from public space, social use, as well as discrimination, persecution or repression against the citizens of Ukraine on the basis of language", - the State Language Protection Commissioner of Ukraine writes in his column on LB.UA.

Linguocide. The Ukrainian language has undergone linguocide for centuries. It was repressed, banned, subjected to anathemas and persecution. Both in the years of russian tsarism and in soviet times, the rulers tried to eliminate, trample and take away the language. Each century added the new strokes to the linguistic destruction of the native word. 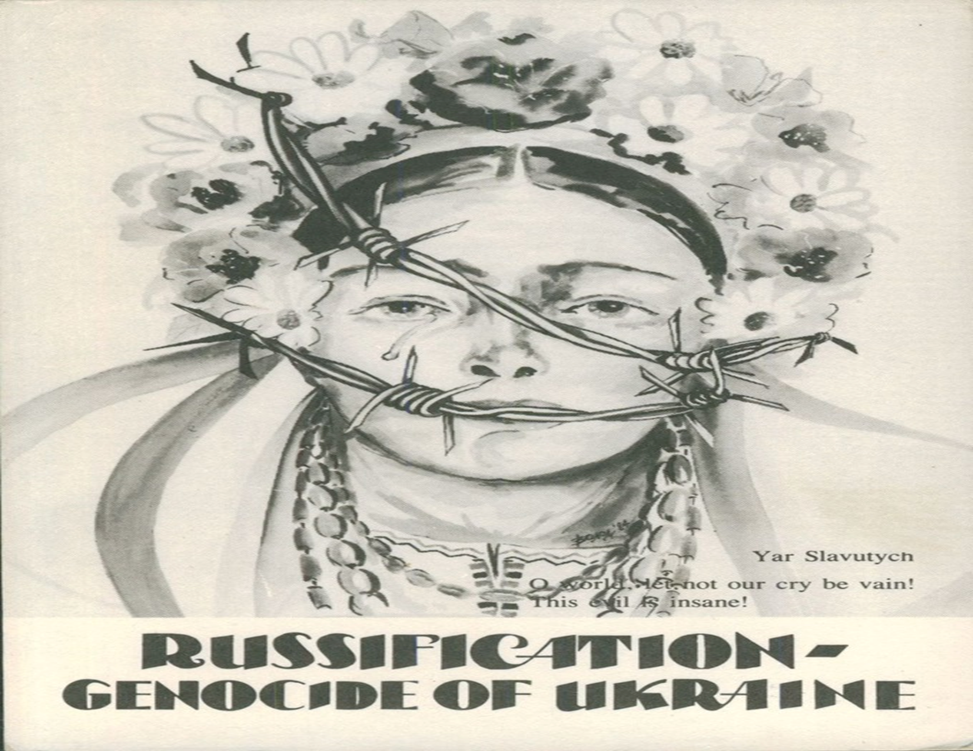 The lecture hall of the Volodymyr Dahl East Ukrainian National University after the shelling by russian occupiers / Photo: Donetsk Police

rf is trying to oust any traces of Ukrainian identity in the seized territories. As the Representation of the President of Ukraine in the Autonomous Republic of Crimea informs, "the russian federation uses children to promote narratives hostile to Ukraine in the territories seized by it".

Posters with writers and people’s artists who contributed greatly to the development of Russian culture appeared on the main streets of the temporarily occupied Kherson. According to Kherson’s occupiers, “The people of Kherson are the pride of russia!” - this is not just a beautiful phrase but also the statement of a fact: Sergey Bondarchuk, Boris Lavrenyov, Evgeniy Matveev, natives of the city, who left rich cultural heritage for russia.

According to the State Language Protection Commissioner Taras Kremin, "the language front is not a field for battles, but the new opportunities to affirm our values, identity and victorious spirit. Therefore, in the conditions of a full-scale war against the terrorist state there should be no discussions regarding the language law".

There should be no discussions regarding the Language Law at war’s conditions, - Taras Kremin