Linguocide is a constituent part of the policy of genocide against Ukrainians in the temporarily occupied territories. Ukrainian language, as an important factor of national identity and state formation, is one of Russia's main goals in   the war against Ukraine.

We hope all occupiers’ crimes, including those ones related to linguocide, will  be duly recorded, investigated and brought to justice. The perpetrators must be identified and punished.

It is deadly dangerous to speak Ukrainian in the occupied territories. It's the same as having history books in your home library, subscribing to Ukrainian-language channels, having photos from public holidays, going to the Ukrainian church, and being a combatant’s relative,- the State Language Protection Commissioner Taras Kremin commented on 100 days of russian aggression.

The world should know about the centuries-old deliberate linguistic genocide of Ukrainians in the russian empire. It is a part of the empire’s extermination strategy towards conquered people. Ukrainians lived through bans, severe punishments and exile for the native language. Today’s russia is as motivated to use the russian language as a tool of suppression, as it was doing throughout history.

The Commissioner took part in the meeting of representatives of the Ukrainian executive bodies with members of the UN Independent International Commission of Inquiry on Ukraine. During the meeting the parties also discussed the issue of linguocide committed by russian army men on our lands.

The Commissioner asks to report about the acts of linguocide against the Ukrainian language (any actions of the occupiers or their collaborators aimed at discrimination or persecution of Ukrainians on the basis of language, forcible expulsion of the Ukrainian language from public space and public use, replacing it with russian).

"Dance on the bones": the russian federation is preparing to open the drama theater in Mariupol, where hundreds of people died after the bombing on March 16. The occupiers and their accomplices want the theater to resume work by September 10. It is planned to open the season, in particular, with dances and to produce shows exclusively in russian. 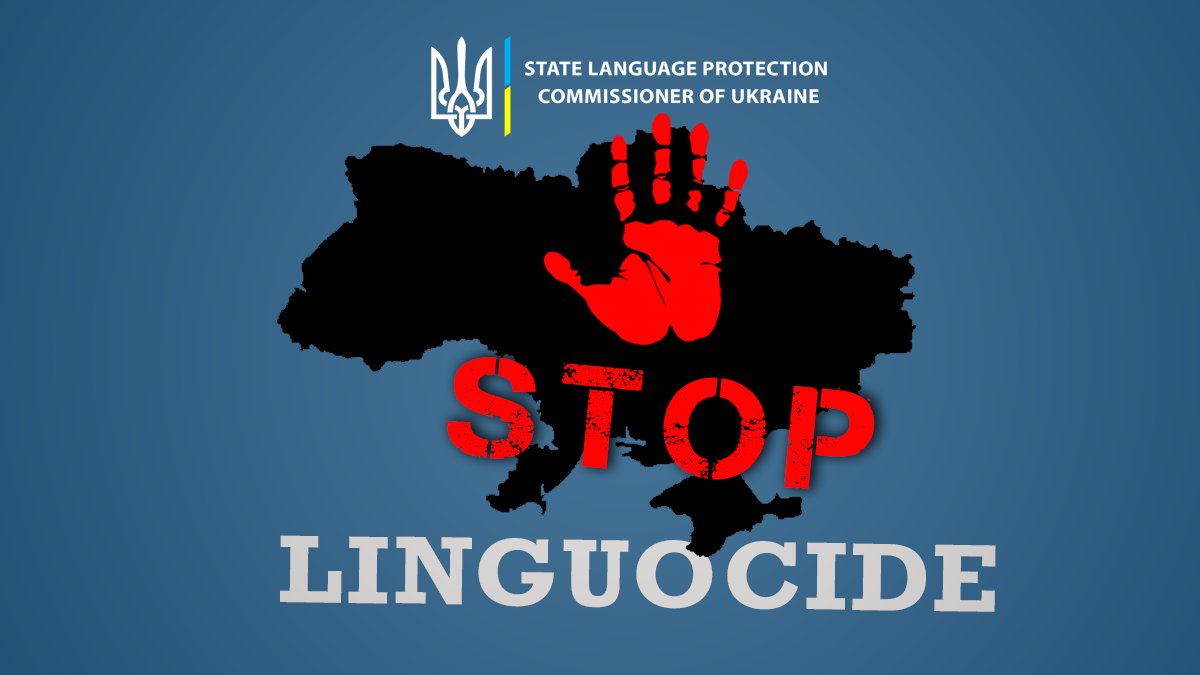 Taras Kremin: The statement of the Council of Europe regarding the inadmissibility of russia's use of the status of the russian language as a pretext for aggression against Ukraine is extremely important and timely