The front of the struggle for Ukraine is also the front for the establishment of the Ukrainian language
posted 23 February 2022 17:29

Another very important humanitarian front has been opened in the country since the Law of Ukraine “On Ensuring the Functioning of Ukrainian as the State Language” entered into force. That’s a resolute struggle for the self-identity of the Ukrainian nation. We must pay tribute to civil society, which, by gradually switching into Ukrainian, teaching other people or promoting better cultural heritage, significantly contributes to increasing the use of the state language in all spheres of life. The State Language Protection Commissioner Taras Kremin stressed in his blog for the Ukrinform agency.


"Due to the efforts of world Ukrainians, the native language can be heard everywhere. Our appeals to the world leaders to support Ukraine are heard in Ukrainian. It is in Ukrainian that the world's leaders express their gratitude to Ukrainians for their heroism and resilience to Russian aggression”.

The Commissioner stressed: "No matter how frightened we are by self-proclaimed dictators, today the Ukrainian language, as in the years of its bans and persecution of the intelligentsia, times of repression, "shooting revival” and famines, total Russification and linguocide, remains a true marker of national dignity, freedom and self-estimation.


It is aptly said that those who possess the language possess the state. Therefore, the conscious transition of everyone into Ukrainian and communicating in Ukrainian, the requirement to talk to each other in the state language, effective protection of the information field, current issues on social networks and language propaganda, effective promotion and comprehensive development of language is the same defense of national interests, countering aggression and collaboration, struggle for our Independence.


Today, the future of Ukraine depends on each of us, our loyal friends and worthy partners around the world. 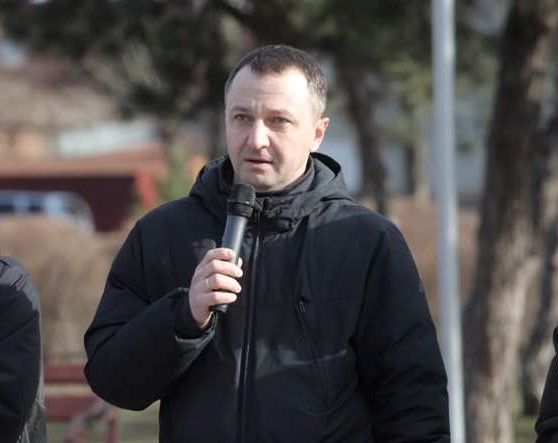 Taras Kremin: Developing the Ukrainian language, we develop the state