The Commissioner met with the Permanent Representative of the President of Ukraine to the Autonomous Republic of Crimea
posted 11 February 2021 12:57

The State Language Protection Commissioner Taras Kremin discussed with the Permanent Representative of the President of Ukraine to the Autonomous Republic of Crimea Anton Korynevych the issue of protection of language rights of Ukrainian citizens in the occupied Crimea.

The parties agreed on further coordination and cooperation, organization of joint initiatives and measures to develop concrete steps to monitor and protect language rights of Ukrainians in the occupied Crimea.

In particular, this was about the preparation of joint analytical reviews, development and preparation of proposals on draft laws and other regulatory documents on the protection of the rights of citizens of Ukraine that live in the temporarily occupied territory of Crimea or emigrated from the temporarily occupied territory and reside in other regions of Ukraine. 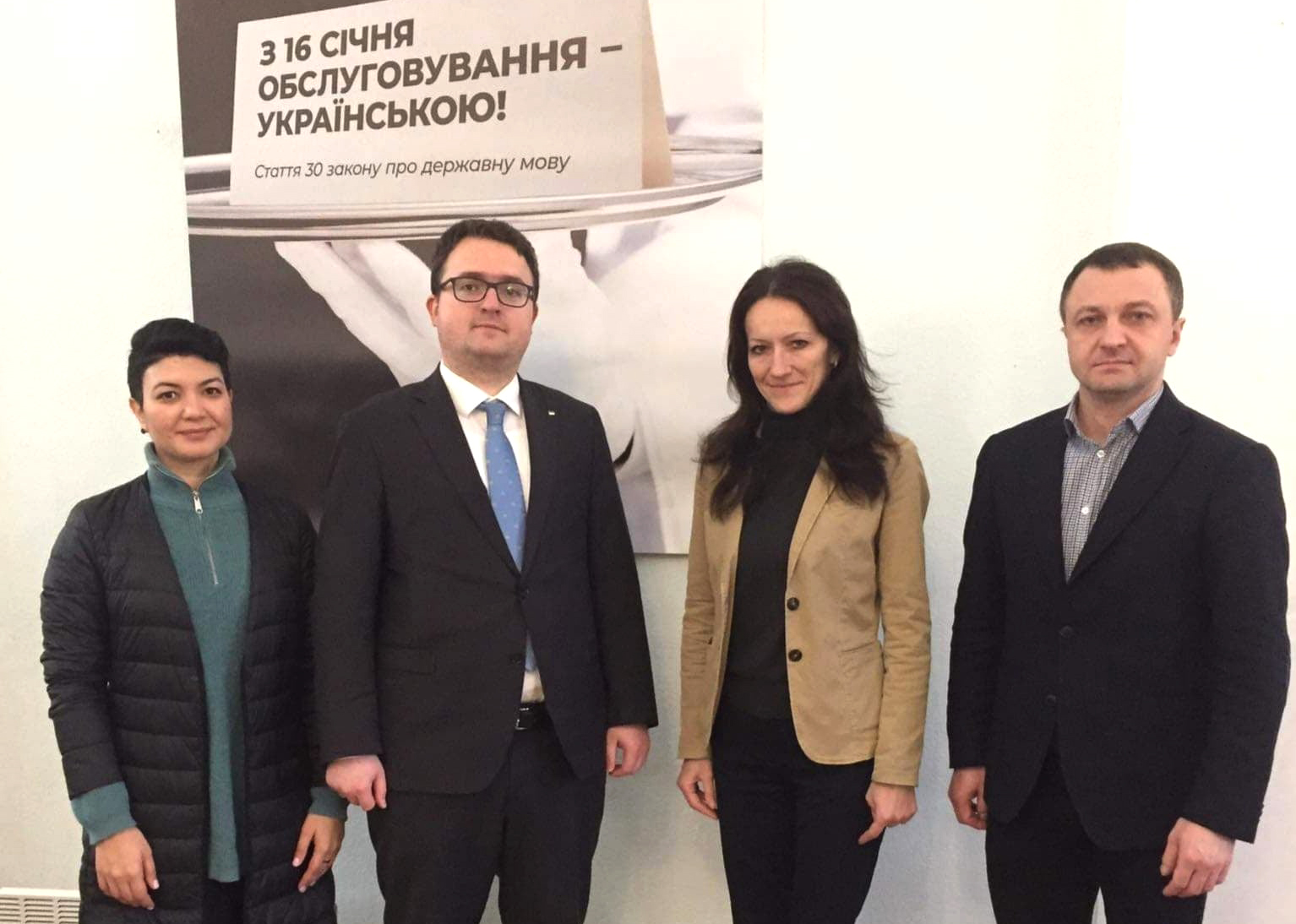