We hope all occupiers’ crimes, including those ones related to linguocide, will be duly recorded, investigated and brought to justice. The perpetrators must be identified and punished.

Massive kremlin propaganda. How the myth of the "great russian language" was created. Even from the first years of independence, the most perceptive Ukraini-an intellectuals rightly interpreted the russian language as a ruthless imperial weapon, as a tool for the enslavement of other nations. 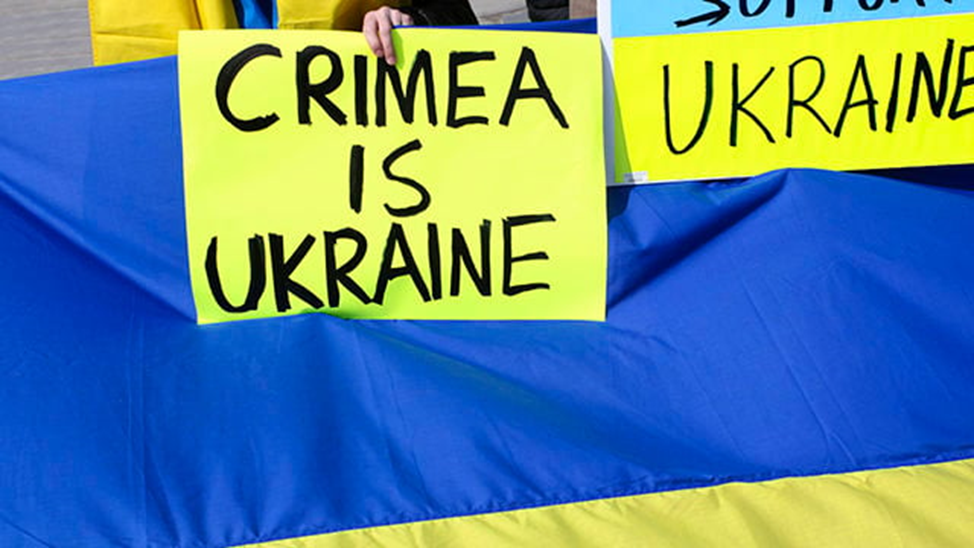 “For centuries, the russian occupiers have been acting in accordance with the principle: first linguistic and cultural expansion, then military aggression. russia's full-scale invasion of Ukraine on February 24 became a clear testimony to that” - Taras Kremin, the State Language Protection Commissioner commented for "Polish Radio". 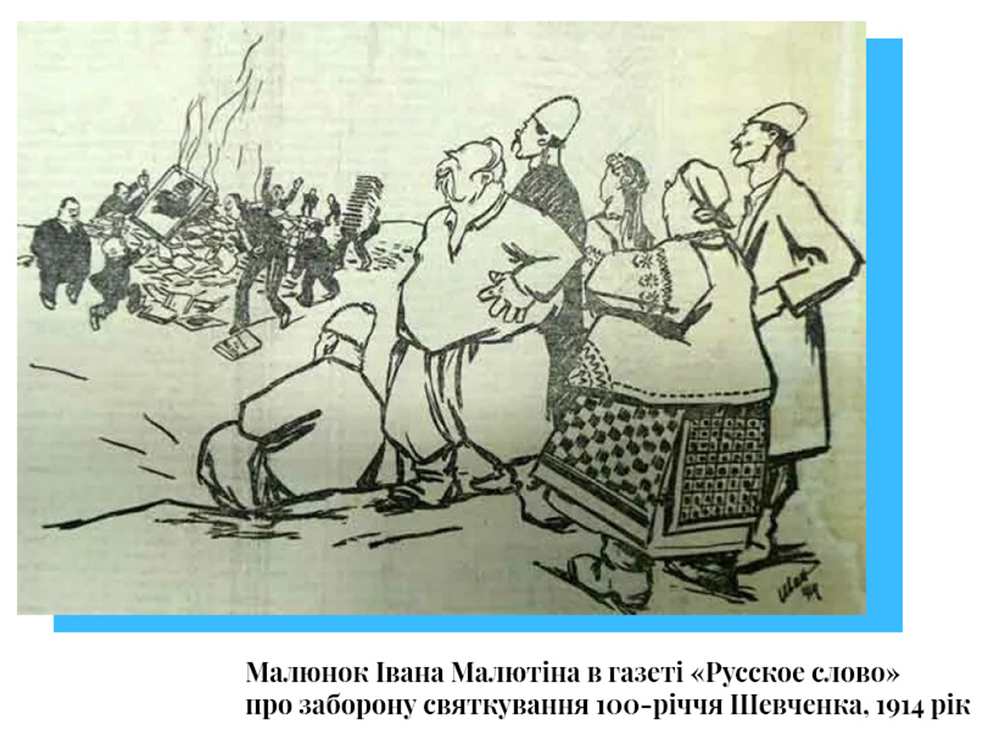 Ivan Malyutin's picture in the newspaper "Russkoye Slovo"
about the ban on celebrating the 100th anniversary of Taras Shevchenko, 1914

More than a hundred russian textbooks were seized from a school near Izyum. Law enforcement officers seized 500 Russian textbooks from Boguslav secondary school (Kharkiv region). The occupying "authorities" of that time planned to teach the children according to the program of the russian federation.

In the Kherson region, the Russians tried to eradicate Ukrainian identity, but the plan failed, – The New York Times. “In Kherson, national songs were banned. Speaking Ukrainian could lead to arrest. Schools adopted Russian curriculums, and young students were to be told that they were Russians, not Ukrainians”.

The employee of the hospital in Nova Kakhovka did not hide her sympathy for the occupiers. According to Mayor V. Kovalenko, collaborators forbid communicating in Ukrainian in the temporarily occupied Nova Kakhovka. 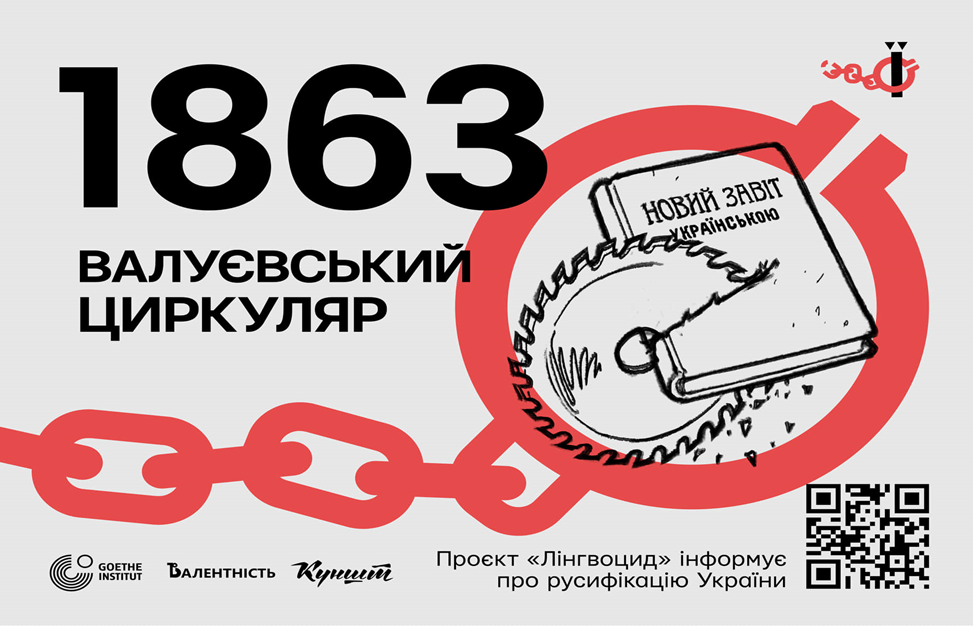 The "Linguocide" project informs about the russification of Ukraine